A new alliance for change in Rio: Casa Fluminense

Local residents and leaders of major carioca movements for social change gathered yesterday at the city’s westernmost edge, in Santa Cruz, to inaugurate the new think-and do-tank, Casa Fluminense. To kick off the Casa’s ambitious work, IETS researcher Valéria Pero presented maps of the metropolitan region’s inequalities; residents spoke in a video, and live, of local needs not being met; and attendees expressed ideas and dreams for the year 2017.

Eliane Sousa Silva, director of Redes da Maré, and Valéria Pero, researcher at IETS: enjoying a tapioca in the Matadouro Imperial of Santa Cruz, before the inauguration

Six years into Rio’s turnaround, much has been done to improve life here. Perhaps the most significant fact is that the homicide rate has almost been halved, to 24 per 100,000 inhabitants. Increased security, together with economic growth, have spurred both public and private sector investment. Tourism is growing, despite high prices.

But, as the maps of inequality demonstrated to all yesterday, not enough has been done to address endemic biases, outdated public policy paradigms and short-sighted models of economic growth.

“Rio runs the risk of accepting the status quo, of reproducing the inequality that’s in our DNA: that of the Big House and the slaves’ quarters,” said José Marcelo Zacchi, executive director of the Casa. Zacchi noted that the city has spent US$ 1 billion equivalent on urban renewal (Morar Carioca) through 2012 — and half this amount, over the same time period, to remodel the Maracanã stadium (coincidentally also inaugurated yesterday, with police tear-gassing nonviolent demonstrators out front). 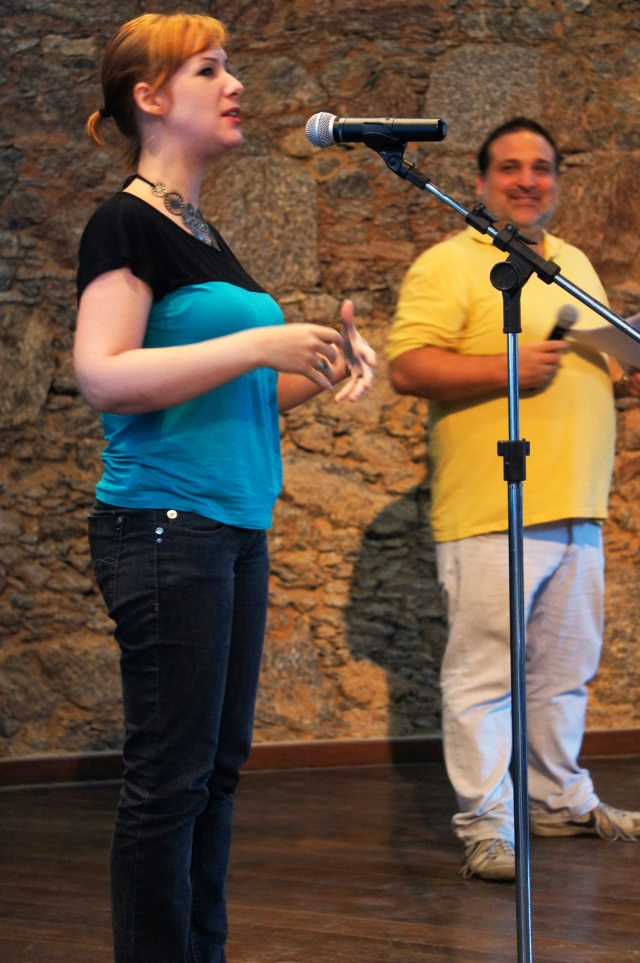 Paula Martinica, to Pedro Strozenberg: let’s put technology to use, for participation

Participants noted that the state water and sanitation company, CEDAE,  supplies the city with water from the Baixada Fluminense — and, while Leblon never runs short of water, the Baixada Fluminense itself often suffers cutoffs. Stations along the new BRT dedicated bus line linking Barra to the rest of the West Zone worsen in quality the further west the passenger travels– and some have never been completed.

An important task of the Casa Fluminense is to gather and present data, to keep tabs on government. The inequality maps presented yesterday provided an understanding of the metropolitan area of Rio, one rarely available to citizens. While averages for greater Rio have improved, key areas lag far behind in education, employment, and income, among other indicators. Most striking was a graph showing that while income inequality as measured by the Gini index has dropped significantly nationwide and in the southeastern region of Brazil, improvement in Rio hasn’t kept pace.

Economists say this is mostly because oil and gas employers, facing labor shortages, offer high salaries that skew the Gini index here. But, said Valéria Pero, the state’s energy-driven economic model needs to be re-thought, to address the gap.

About sixty people attended the event, but most weren’t from Santa Cruz. Participation in local affairs is always low, in any neighborhood, said those who did show up.

Marcus Faustini and the Gini index, in the background: magnifying glass on causes

Still, Alexandre Damascena, artist and teacher — and local leader– noted that the Casa’s choice of Santa Cruz for yesterday’s inauguration turns the location into a point of departure, rather than a final destination. Alair Rebecchi, a Catholic church activist, complained of transportation difficulties, and expressed the hope that the Casa will go beyond surface issues. The recently-restored,  impressively beautiful Matadouro Imperial (Imperial Slaughterhouse), where the inauguration was held, is under-used, noted Pablo Ramoz. He suggested it be used by artists, in dialogue with local industry– adding that Santa Cruz has a great deal of poverty although it is also home to industry that generates enormous income.

Marcus Faustini, born and bred in  Santa Cruz, creator of the Agência Redes para a Juventude youth program, urged his fellow Casa founders to look beyond symptoms for the causes of inequality, to map causes and not just effects. “We have to be daring, take sides,” he said, adding that the current model, whereby those at the bottom of the socioeconomic pyramid live further from their jobs than those at the top — and must spend a greater chunk of wages on transportation– contributes to income concentration. 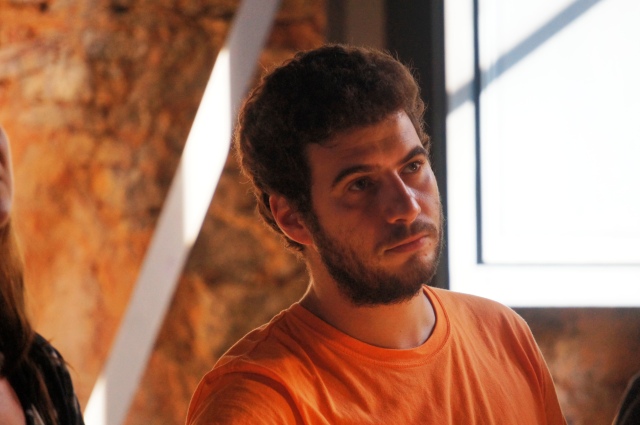 “We have to go from neighborhood to neighborhood, door to door,” he said, referring to the difficulties of mobilization. “The Casa must invent a model for listening to people, it must be a political force, and not just produce research and books.”

Miguel Lago, a founder of the digital activism group Meu Rio, said that his wish for a Rio in 2017 “is not just to redistribute the way we talk about things. It’s to redistribute power.”

Open to any and all (this blogger is a proud founding member and active supporter), the Casa Fluminense is a long-term undertaking, created to propose public policy to reduce inequality and deepen democracy in all of Rio. It will monitor government spending; collaboratively map socioeconomic needs and programs; and offer courses in leadership and government.

When Rio was chosen to host the Olympics, in 2009, this and other mega-events seemed distant — and almost unimaginable. How would this decadent city with a village mentality manage to turn itself around?

As time has passed, despite great change in the city, we still have too much violence, in so many forms, large and small. Cariocas look around at persistent problems and challenges — and mutter the by-now cliché line, imagine na Copa . 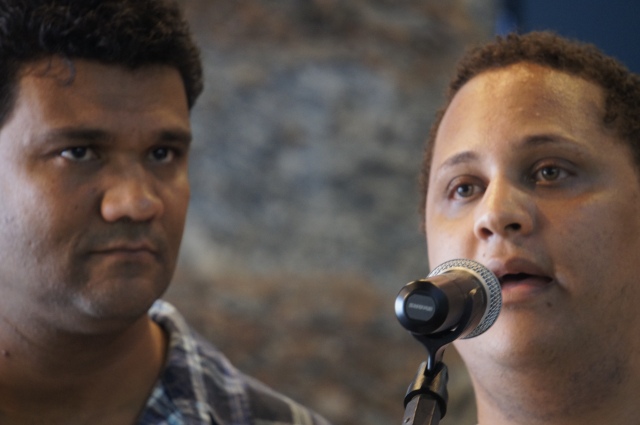 Pablo Ramoz, with Alexandre Damascena: let’s use this space!

That yesterday a group of activists from Catalytic Communities, Redes da Maré, the Agência Redes para Juventude, IETS, Meu Rio, O Instituto, ISER, Fundação Getúlio Vargas  and the Brazil Foundation/Fundo Carioca (with many other groups represented among a growing membership) should have gathered in Santa Cruz to begin thinking about the post-Olympics Rio de Janeiro is a sign that some very important carioca imaginations are hard at work– with the potential of becoming a force to be reckoned with.

2 Responses to A new alliance for change in Rio: Casa Fluminense