It’ll be a mighty Lenten season, in Rio and the nation overall

The question is part of life in any tourism destination: to whom does our metropolis belong? Each city works the visitor/local equation every day, constantly. Of course the same is true here in the Marvelous City, where street Carnival and tourism grow with every passing year.

Government responses also increase, with an ever-larger number of porta-potties and all sorts of monitoring. Rio planned for almost 50,000 police officers on patrol, just about the total military police force.

We don’t yet have final tourism figures, but a million people were expected, up 9% from 2014. At the port, more cruise liners docked than ever before, and the hope was that the visitors would spend some US$ 7 million, equivalent, in total. The 456 street parades and parties prepared for a total of five million partiers.

Zona Sul  supermarket sells to any vendor, legal or not… 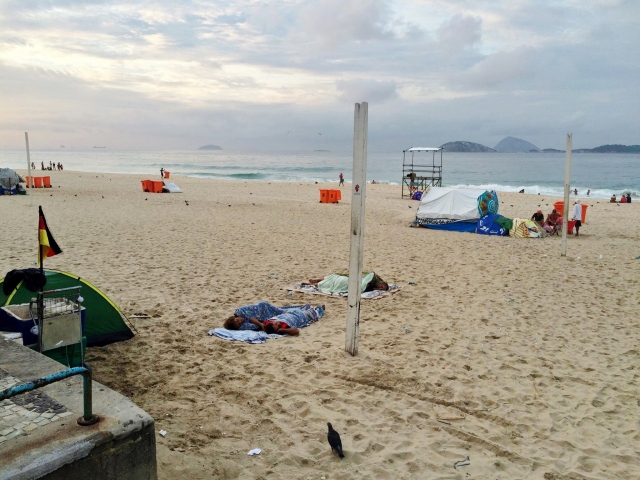 Despite government promises of better monitoring of Carnival behavior, this year’s street Carnival seems to have been one of the most difficult in recent years. Yes, we had more tourists and more revenue, but we also got chaos. A neighborhood association plans to discuss Carnival effects and results in Ipanema with the state prosecutor’s office next month.

There are many stories of gang crime and robberies during the street parades and parties, snarls at the bus station, street vendors camping out on  Zona Sul beaches and sidewalks, trash, stench, horrible accidents and the fatal stabbing of a German tourist on Rua Uruguaiana, downtown.

Though City Hall required that Ambev, the beer and soft drinks manufacturer sponsoring street Carnival, license vendors selling beer, Brazil’s classic informality coexisted with this system. One supermarket belonging to the “Zona Sul” chain sold exclusively to licensed vendors; another, much bigger one, sold to anyone.

A healthy mix: the South Zone also belongs to the West  Zone, origin of the custom of dressing up at Carnival as a Clóvis, or “Bate-bola”

Sponsorship is falling off, generally speaking, perhaps as a result of the economic situation affecting the country and Rio’s metropolitan region, which is quite dependent on the oil and gas sector, assailed by its worst crisis ever.

Perhaps economic hard times will in future put revelers’ feet more firmly on the ground, bringing back a more democratic and authentic Carnival. This year, for the first time,  you could buy a ticket to a box seat, previously the domain of corporate and government guests. On the other hand, however, traditionalists lament that between samba schools, some Sambadrome boxes, or camarotes, were playing funk music. 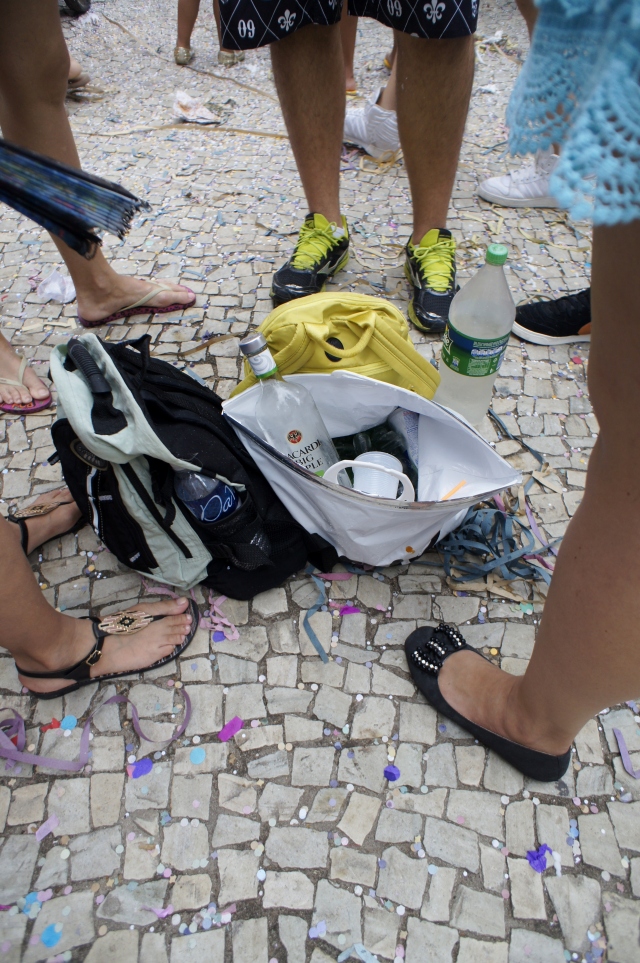 A solution to surreal prices

Carnival is a great way to forget crises, but it’s also an occasion to joke about sad aspects of reality. In this video, a fictitious samba school sings about several truths. The fact that Globo TV, the media which most exalts and profits from Carnival, produced the video, is definitely in the spirit of the season when everything is meant to turn upside down and inside out.

Many cariocas who stayed in the city during Carnival are wondering if the time has come, since it seems impossible to suitably manage the partying, to reduce or centralize all the street activity. However, given the investments of Ambev and the Dream Factory, (an events organization company belonging to the creator of Rock in Rio, Roberto Medina), it won’t be easy to change the festival’s upward spiral.

This blogger confesses to a certain Scrooginess about Carnival this year. It was impossible to forget the drought affecting Brazil’s southeast, with politicians shrugging off the responsibility of leading with vision. How could one dress up and dance when our water is running out — with possibly drastic effects on the country’s energy supply?

It seemed quite fitting, that Ash Wednesday’s vote selected Beija-Flor as the winning samba school in the Sambadrome parade: the school is reported to have been financed by the dictator of Equatorial Guinea, by way of Brazilian construction companies doing work there — some of the same ones cited in the Lava-Jato corruption scandal now under investigation.

One samba school got the picture. Mocidade Independente de Padre Miguel created a parade about the end of the world. But no worries, dear reader: the focus, Brazilian style, was on how to make the most of one’s last day on earth.