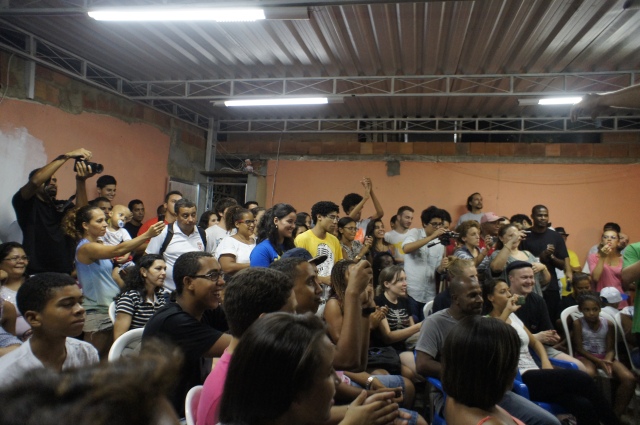 Jazz fans and musicians on the same wavelength

Jazz on the Favela Terrace

Refreshed by a sea breeze, this was a terrace at the top of a house in Cantagalo favela. But in the midst of musicians young and old, favela residents and visitors, creating a musical conversation amongst themselves and with the audience, there was a marked sense, on March 28, of being in a smoky underground Harlem club, back in the thirties or forties, of a return to the roots of jazz. 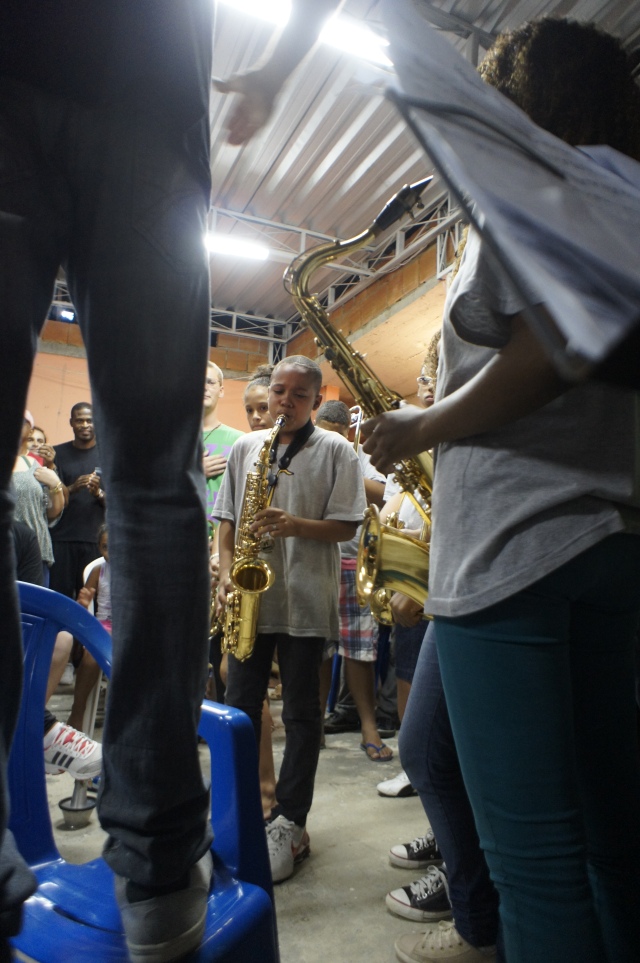 Weeping, this boy played his solo

There was practically no rehearsal, confessed Leonardo Januario, 22, founder of the Bela Arte Jazz music school, which produced the event. Maybe this is why what took place was a goosepimple-inducing musical encounter, mostly of brass instruments, backed by bassist David Nascimento, drummer Mattheus Cruz, and pianist Jonathan Moreira. Electric guitarist Rodrigo Medina accompanied the students as well. 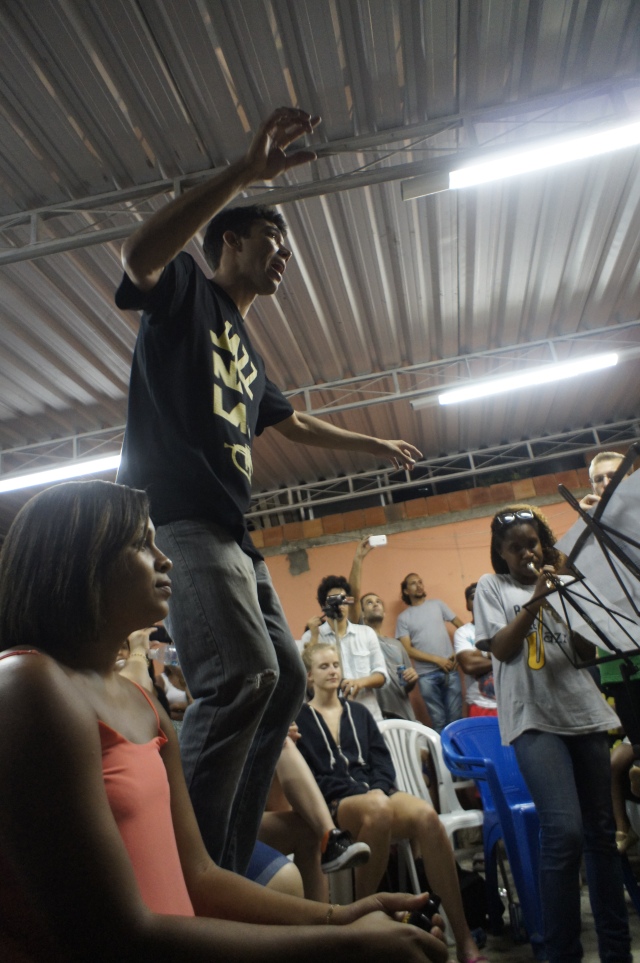 Bent on managing what easily might have been chaos, Leonardo hopped around the terrace, skirting the trombone of guest Paulo Nogueira, who played with trumpeter Darcy Cruz, both veterans. Leonardo himself played divinely, with rapid hand signals to the other musicians to facilitate the dialogue. When young singer Mariana Lisandro performed — courageously, without amplification, since the mike had just gone on the blink — another singer emerged from the audience. It was the well-known Thais Fraga, who began a “conversation” by way of scat singing. 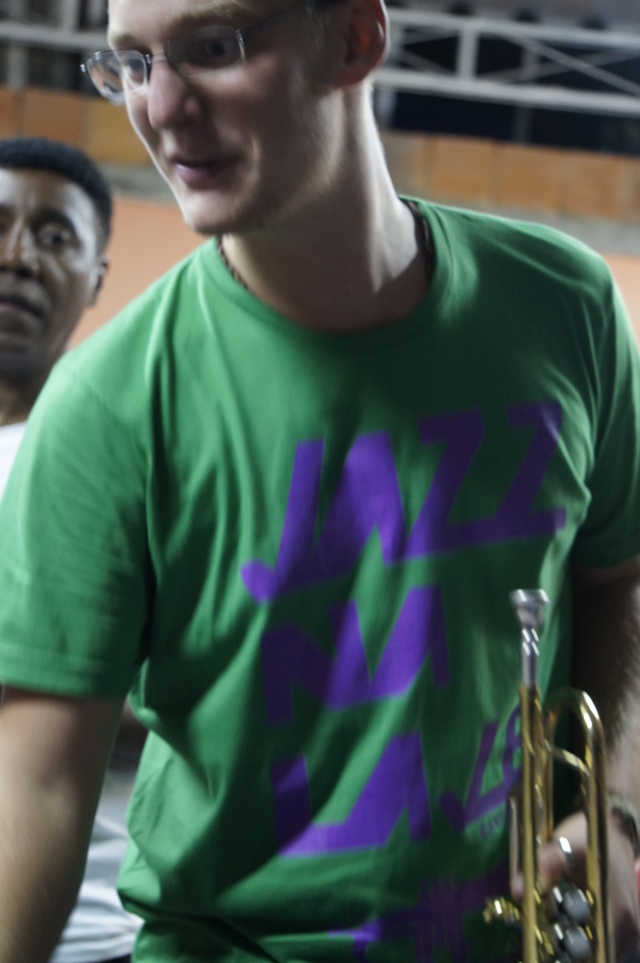 Tracking down the jazz music he heard in the favela, the young French trumpeter Antoine Jacquet discovered the Bela Arte Jazz school, where he now teaches 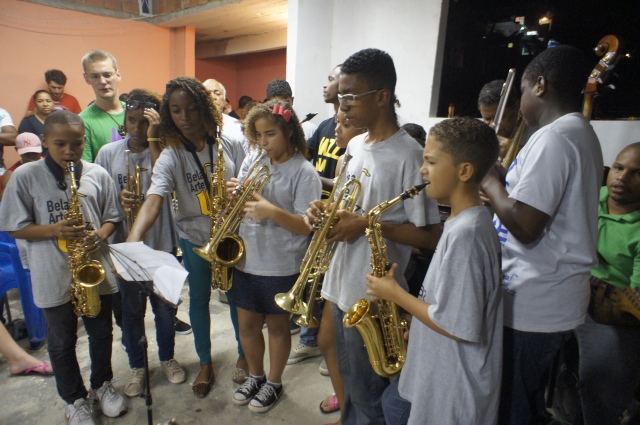 The students asked to play one more theme, to much applause

As a soloist, especially on the flute, Leonardo demonstrated depth and daring. Just when it seemed the music was coming to a close, he took it to an unexpected, satisfying place. 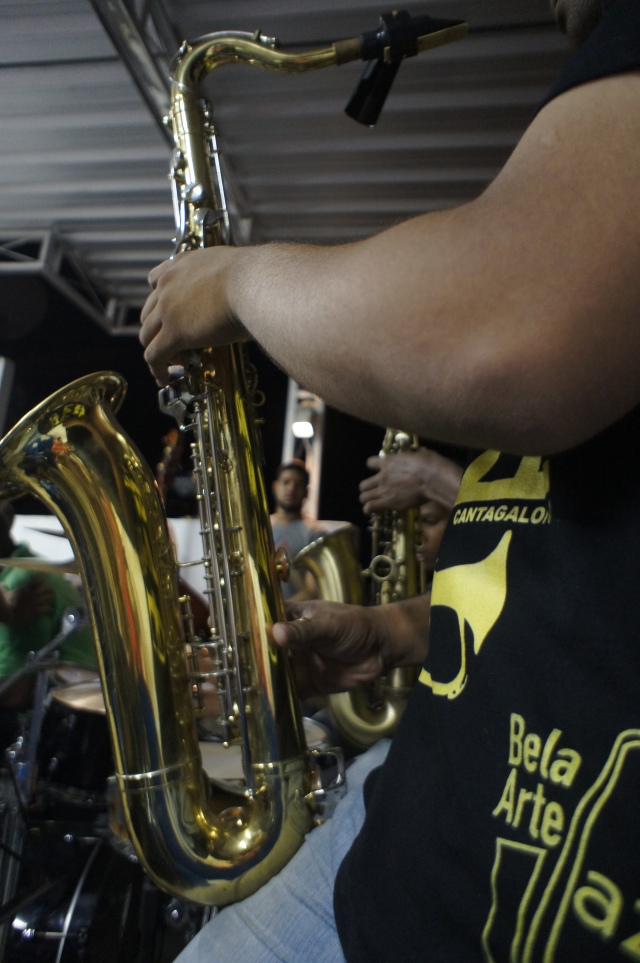 Down below, samba and UPP cops: clueless to the energy on Leonardo’s uncle’s terrace

Keeping still was not an option. It’s hard to recall a jazz listening experience of such impact in Rio de Janeiro — or anywhere. Could it be that the improvisational energy that pervades favela life showed up to make a special contribution? 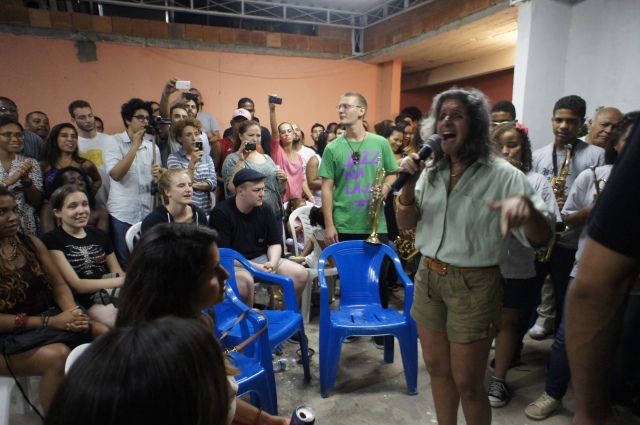 Thais Fraga was called to the front 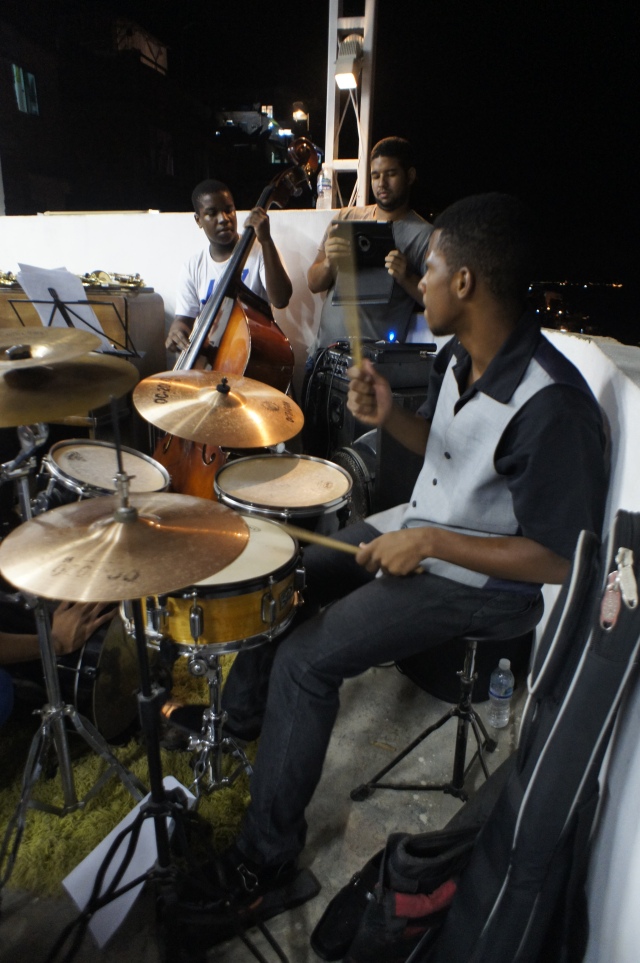 Cantagalo came under the pacification program in December 2009. Sporadic encounters between police and drug traffickers have taken place there in recent months, allegedly due to a drug trafficker’s release from prison. Pacification difficulties such as those in the Pavão-Pavãozinho/Cantagalo favelas –and worse– have also arisen, beginning last year, in the favelas of Rocinha and Complexo do Alemão. Aided by federal armed forces, the state of Rio de Janeiro today occupied the Complexo da Maré. Pacification of this complex of favelas and public housing is said to be indispensable to the success of the World Cup, that begins in June. And pacification is a key issue in the gubernatorial election this October.

But the music plays on 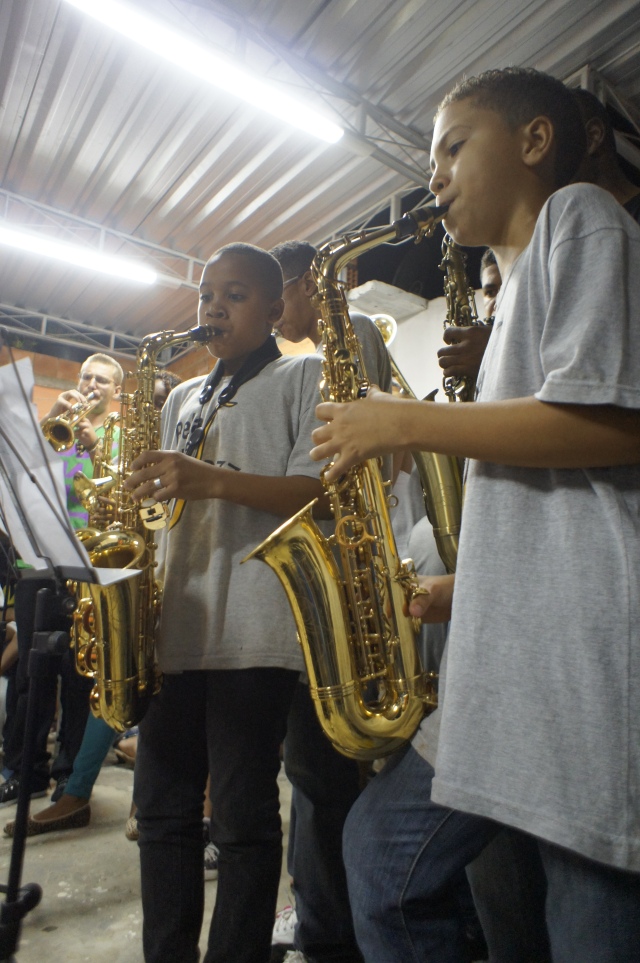 Focus, lots of it

Two years ago, Leonardo — who only began playing saxophone at age 17 — founded the Bela Arte Jazz school under the aegis of the pioneering Agência de Redes para a Juventude, a Petrobras-funded incubator for favela youth startups. Today the school functions on its own, with twelve students. Leonardo recently put a roof on the terrace, to protect them from sun and rain. 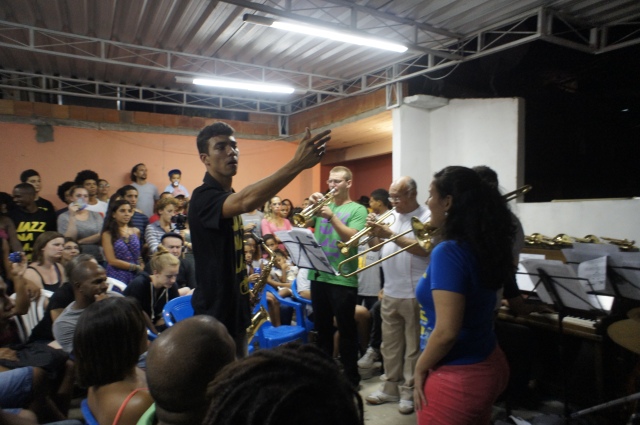 Singing without a mike

Flutist, saxophonist, networker, conductor, arranger, emcee, teacher, entrepreneur. Leonardo’s talent — and the meeting of so many other musicians and listeners — lit up the night. At the next event, promised for a month from now, his uncle’s Cantagtalo terrace may prove small. 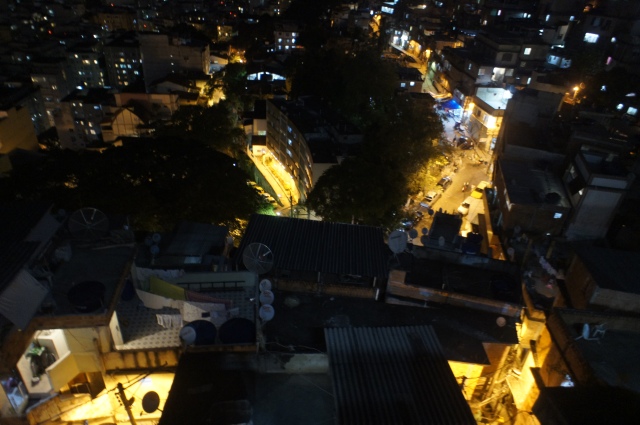