While you were watching the World Cup, part III (final)

Much else was going on over the last month in Rio

Brazil has long been a relatively closed, inward-looking country, with not much travel nor the consumption of imported consumer goods — nor widespread knowledge of foreign languages. This began to change about a decade ago. Hosting the Cup added impetus. Even for those who didn’t mix with the 900,000-odd tourists (half being foreign– and this is about the same number who come for Carnival) in Maracanã, the South Zone or in favelas that did hosting, the Cup brought Brazilians more information about the rest of the world, via electronic and print media. This may be the event’s best legacy.

Fans at the Gringo Café rooting for USA attracted Brazilian and American media, looking for screams and tears

A man from Bangladesh stood on the Copacabana beachfront sidewalk, looking out to sea. Asked which team he was rooting for, he plucked at his yellow Brazilian national team shirt. “We make these in my country,” he said, smiling.

At Sugarloaf Mountain, things ran smoothly, as was the case, surprisingly, just about everywhere

In case you were busy looking for goals

As posted earlier, young passinho dancers performed all World Cup month in  their Na Batalha show. They’ll be in New York this coming week, together with a screening of Emílio Domingo’s fabulous passinho dance documentary. O Globo newspaper fired its Rio editor, Gilberto Scofield, providing the perfect opportunity for some reflection on its local coverage. And a hurried (and possibly illegal) public hearing was held, the day after the final game, on a US $715 million equivalent federally funded upgrade program, PAC II, for Rocinha favela.

After initial hesitation, most Brazilians threw themselves into the World Cup

What else went on behind the scenes?

While prostitutes did a booming business in the South Zone, business elsewhere languished. In contrast to the citywide experience during last year’s Catholic youth event, with Pope Francis’ visit, World Cup tourism focused on the South Zone, a low-budgeter’s paradise — with the enormous FanFest screen in Copacabana, lots of cheap drinks and snacks, and the ocean for a bathroom. Rio’s mayor Eduardo Paes was taken aback by the arrival of hundreds of Argentines in cars and motor homes, camping out in Leme. They were moved to the Sambódromo. 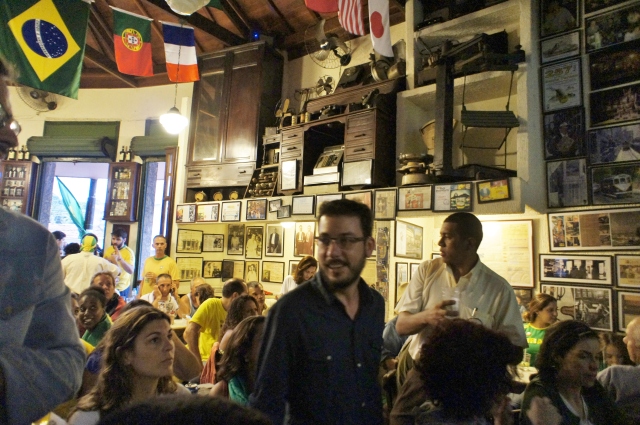 Innocence before the defeat, in a Santa Teresa bar

Aside from the Sambódromo, Maracanã and the traditional big screen in the Alzirão neighborhood, few tourists ventured into the West or North Zones. A considerable number found lodging in South Zone favelas such as Rocinha and Vidigal.

Before Bar do Gomes emptied out at half time, at 5-0 Germany

Cariocas living in Complexo do Alemão and Rocinha saw more shooting than they did tourists. One version of what went on in Rocinha is that drug traffickers, normally holed up at the top of a hill, moved down to watch Cup games along with other residents – – something pacification police weren’t counting on. The Extra newspaper reported yesterday that pacification police will no longer carry out night patrols — a decision that may have electoral aims, in a bid to bring down violence in pacified favelas until the October gubernatorial election.

Protests and the reaction of police (who, along with the Brazilian army and navy, locked down the South Zone) followed a script. It was easy to see how things would go, weeks earlier, when journalists were invited to a training session. Preventively, police arrested those they suspected of organizing violence and/or protests for the day of the Cup final, and then they cracked down on protesters in Tijuca’s Saens Peña square. Human rights activists are campaigning against what they say was an unconstitutional state of exception during the games.

They express concern over continued easy recourse to such police tactics, which at very least are certain to inhibit further street demonstrations. One would hope that, while peaceful protests be allowed to take place, dissident Brazilians would also invest in the preparation of new leadership and in voter education, among other prerequisites for a healthy democracy. 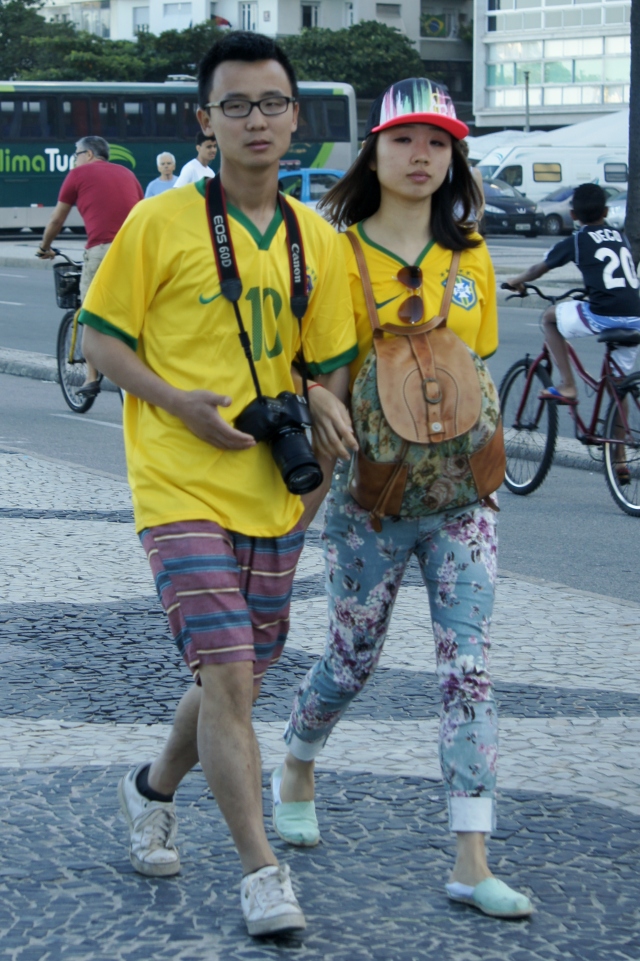 Political parties held conventions and chose their definitive gubernatorial candidates, who worked up some truly odd alliances, demonstrating the weakness of a democracy based more on personality and personal relationships, rather than on ideas and platforms. At the moment, former governor Anthony Garotinho and former senator Marcelo Crivella lead the polls, tied at 24%. Incumbent Luiz Fernando “Pezão” de Souza stands at 14%, followed by Lindbergh Farias, at 12%. Notably, blank and annulled ballots total 23% of the vote right now.

This blogger’s guess is that Pezão’s share will grow over the next months, as he draws on his party’s political machine and campaign air time exposure.

As the Cup began, Pezão awarded public servant pay hikes totaling as much as 447 million dollars, equivalent, a year. He stands to gain a great deal from the political machine he inherits from two-term former governor Sérgio Cabral, who left the governorship to his vice-governor in April.

The campaign is sure to focus on pacification, centerpiece of Cabral’s administration. Of the candidates, only Garotinho has no plans for continuity.

Another announcement overshadowed by soccer was that Rio’s state legislature, housed in a horrific building adjacent to Praça Quinze and the Paço Imperial, will move to new quarters near City Hall and the Operations Center, in Cidade Nova. The old building will be torn down and its neighboring Palácio Tiradentes (originally the national Congress building) restored, creating a new waterside space, no longer sliced through by the recently demolished elevated highway.

Lots of fathers and sons

During the Cup, O Globo also reported that, of 64 state legislators, fifteen more than doubled their personal assets in the last four years. 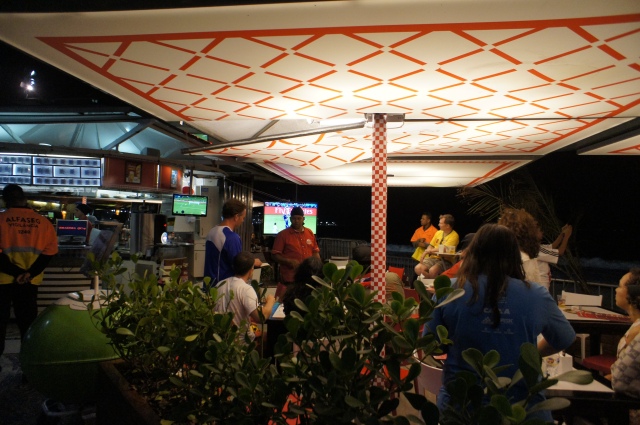 And now come the Olympics, for which many Cup tourists plan to return. It should be no surprise, either, to see an uptick in tourism for New Year’s Eve. Time to stock up on limes…

2 Responses to While you were watching the World Cup, part III (final)