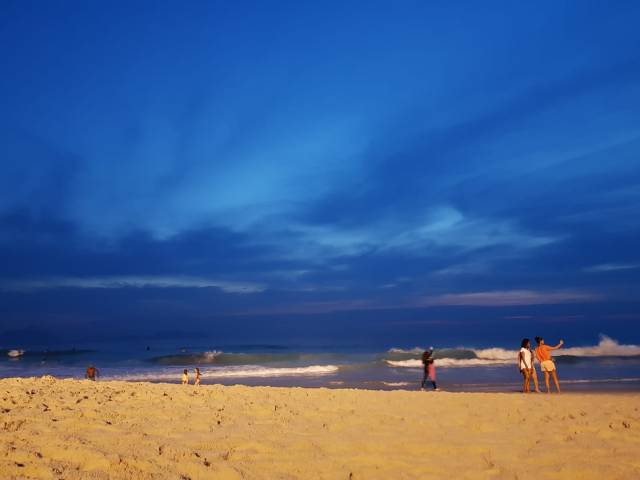 Is the horizon beautiful or threatening? Depends on who you are

It would be easy to predict Rio de Janeiro’s future if the world were divided into good guys and bad guys. Since it isn’t, we find ourselves amid conflicting trends and data, hard to analyze via panoramic mode. Yes, Rio de Janeiro is keeping up with the world when it comes to confusion.

Who is Wilson Witzel, our new governor? Will he be able to keep his promises of less corruption, more public safety, less financial crisis? Will Rio in fact become a safe and sustainable tourist destination — its natural vocation (along with its cultural role) for the local economy?

It’s not easy to get deep into the man’s nature and true capabilities. He made promises and named secretaries (almost all men), decided to do away with the Public Safety secretariat and claimed he’ll have killed all those bearing rifles. He admires Israel.

Allan de Abreu, Piauí magazine reporter, analyzed the governor-elect’s court decisions, made when he was a judge (he left the post of federal judge in early 2018 to become a candidate). A large percentage of his decisions were reversed on appeal, indicating a questionable ability to produce justice.

But we need more information on each decision and its circumstances, on the environment he was working in (for safety reasons he requested a transfer out of the state of Espirito Santo in 2011) and his personal relationships at the time. We also need to know more about the years he spent as a judge in Rio de Janeiro. How did he decide to run for office, how were his ideas on public policy shaped, who were and are the people with whom he exchanges ideas?

In the area of public safety, Witzel follows the Bolsonaro line: more shooting —-> less crime. Coincidence or not, the  Rio Federal Intervention (which ends as he takes office) results support this recipe.

A fairly complete summary on the UOL site includes official data and statements, as well as those of the independent Observatório da Intervenção. On the one hand we see increases in police abuse, shootouts ( up 56% compared to last year) and mass slayings  — and of course, in the number of deaths resulting from police activity:

“Since 2007 the Rio police forces had not killed as much as they did in the year of the federal intervention. There were 1,185 victims from March to November (almost 40% more than the previous year) and everything indicates that [2018 will be a record year] in the historical series of the ISP (Instituto de Segurança Pública). The institute has compiled this data since 2003.”

On the other hand, robberies and homicides fell significantly, as did police deaths.

Hence the official explanation of these numbers, which point to a future by no means less violent than now: “In relation to crime statistics, the Public Safety Secretariat says that ISP’s initial analyses ‘point to the increase in [the number of deaths] being related to the recovery of the police forces’ operational capacity, to security forces’ activity in high crime areas and the irrational behavior of criminals when they choose confrontation’.”

Irrational criminals. Rational, one hopes, are those benefitted by a decree the new president has announced, facilitating weapon ownership. In other words, we are in a new era (which oddly, harks back in time). Before, it is believed, everyone’s lack of security was caused by bad people. Now, the security of some will depend on the insecurity of others. May the criminals put away their rifles.

In addition to hunting down bad guys, the new governor promises no mercy for the corrupt. He’s not alone. After the removal from public life of governors, state representatives (and federal representative for Rio, Eduardo Cunha) and state accounting court councillors, there remains one big piece in the state jigsaw puzzle, whereby companies and politicians kept each other in the money, with lots of people blinded by bribes: the judiciary. Impetus for this comes from jailed former governor Sérgio Cabral (he’s been talking about coming clean in this regard), as well state public prosecutors.

This phase of the local Lava Jato investigations, a sea of mud swept by a variety of currents, merits close attention. On one hand there’s popular support and support from Brasília for continued cleansing; we have the promises and intentions of the governor and of state prosecutors. On the other, politics is unlikely to cease to be an exchange of favors. Can these be kept legal? It’s hard to think of the name of a politician elected on a promise to drain a swamp who didn’t end up joining its reptile population. Nothing against real snakes and alligators.

The backdrop to all this is the state’s financial situation, which stays on its fiscal recovery regime track. Though Witzel wants distance from oldtime politics, it will be tough to move forward without them. The public pension system weighs on the shoulders of almost all the country’s elected executives. The challenge is to create a pact with legislators and society as a whole. Meanwhile, oil prices are falling (as are our royalties), yet important investments must be made in health, education and again, public safety. The Intervention was just getting started.

The day-to-day financial prognosis is not heartening, and yet there is another challenge– metropolitan public policy. The lack of a metropolitan perspective is at the root of the pollution of Guanabara Bay, chaotic public transportation and the spread of crime beyond the state capital. Just before yearend, state legislators and Governor Dornelles — three years late — finally approved a law officially creating the legal framework for this. Now all that’s missing, in the midst of a financial crisis, is to work on transportation, environment and public safety (among other areas) with a metropolitan outlook.