Proposal for a safer Rio: technology — or flight from human contact? 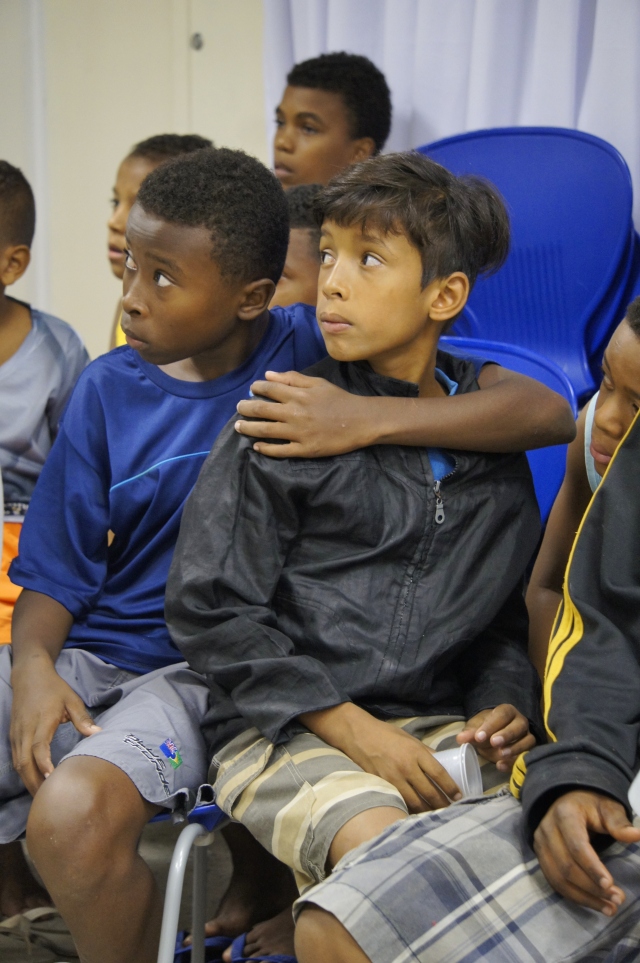 Governor-elect Wilson Witzel declared in an interview published Sunday in O Globo that he’s never been to Rocinha favela. “I passed nearby, never went up. But you don’t need to go up to know it’s really bad there,” he said.

Witzel did nothing to soften the message; didn’t say if he has personal knowledge of any other favela. Neither did he state what exactly is bad about Rocinha. He also promised to open streets in Rio’s ten biggest favelas.

In the 2010 census we learned that more than two million people out of the state’s then-total population of 16 milllion lived in “subnormal agglomerations”, i.e., favelas. That’s 12.5% of the population. With the recession, this number may be higher today.

It’s hard to say if the new governor has ever set foot in an alley of one of the hundreds of informal areas of the state he’ll rule over (bumping into him at a restaurant last week, where he was dining at a male-only table, this blogger asked for an interview; Witzel swore half his secretaries will be women and said he was prioritizing the transition). Not that alleyways serve to fully understand favelas nor the lives of their residents, as the blog discovered in 2014.

As many UPP police must have learned, setting foot in a favela isn’t enough to bring about a definitive drop in crime and violence levels. Pacification, as implemented in some Rio favelas, never was actual proximity policing, as originally planned back in 2008.

Yes, there were soccer games and débutante balls. There were friendships and happy exchanges between residents and police. Yet we saw no protocols or lasting structures for working towards peaceful problem solving — to prevent violence and institute just and democratic behaviors for both police and residents. There were no exchanges nor collaborative projects to build trust. Residents ended up avoiding contact with UPP police.

This blogger watched and heard enough over the last eight years to conclude that “pacified” favelas lacked orientation on how to fill the power vacuum left by drug traffickers. In general, commanders and those under them improvised to fill this regulatory space. Frequently, instead of involving communities to create new, democratic problem-solving methods, they reproduced the traffickers’ prior pattern  — of maximum, unquestionable authority. Weapons topped all else.

Proximity policing implies a loss of control, some might think. Not true, if there are suitable protocols, training, and monitoring. If we’d had the chance to experience true proximity policing (as seen in many of the world’s cities), pacification would not have failed. It would have innovated, reducing crime in sustainable fashion, opening the way to other public policies that bring people together, with a range of positive results for all of society. Low-income folks suffer crime the most.

Proximity policing doesn’t solve everything. Witzel is right to say we need a stronger hand against crime. But the Rio police are ill-equipped, as this post describes. Actually, the recipe for making Rio safer is no secret. Specialists recommend sophisticated measures such as better training, equipping, paying, controlling and managing police forces; effectively using intelligence and information; integrating the judiciary and penitentiaries as actors in public safety policy and increasing the role of federal government in controlling and funding this key area of national life. One hopes the Federal Intervention has progressed in some of these areas (despite an increase in deaths). We don’t know if this is the case nor if the future governor has spoken with the generals here.

If Witzel has never been to Rocinha, intermittent locus for decades of battles among trafficking gangs and between these and police, who’s advising him on favelas and public safety? Sílvia Ramos, a key specialist in this area, doesn’t know. The  Igarapé Institute, normally part of any such conversation, isn’t involved, according to co-founder Rob Muggah. Ignacio Cano, a scholar who’s carried out important consulting projects for the state Military Police isn’t in the picture, either: “I think he has ideas of his own and a group of police likeminded officers,” he adds.

A Rio public safety specialist who preferred anonymity explains that some judges in fact are often surrounded by police officers. Police assigned to the judiciary, this person adds, sometimes build close relationships with the judges they protect. They solve problems, exchange ideas, honor them with medals, invite them to shooting ranges and to take courses with elite squad members. “At best, we’re talking about a lobby,” the person said.

Witzel’s technological approach — sharpshooters and drones flying over favelas, targeting anyone carrying a rifle — suggests advisers with limited vision. As they did during pacification, won’t traffickers adapt to the new reality of being walking targets? Back then, they went low-profile with their businesses or fled to other cities in the state, spreading violence to the West Zone and the Itaguaí-Angra dos Reis-Paraty coastal area. Nor will police bring all of them down. What happens if traffickers use residents as human shields to move around their territories?

The decision to implement such high-tech proposals, if taken, puts the responsibility on favela residents for the risks they live with daily. It will be as if the rest of Brazilian society has nothing to do with the poverty that led two million people (in Rio state) to live in informal areas, supplying cheap labor to large cities. Residents as wartime civilians, collateral damage, will have such status made formal.

Authoritarianism limits and blocks relations among people. It reinforces bubbles, minimizing the need to get one’s hands dirty, to connect with people and places that are different from one’s norm. Witzel risks, with his territorial ignorance, yet another failure for Rio de Janeiro’s public safety. He may encourage, as seen in Los Angeles and Paris, more violence, more rage and more deaths.

What about repressing the drug trade? The focus has to be on intelligence: illegal acquisition and transportation of weapons and drugs. In other words, corruption within the state’s own institutions. There, drones and sharpshooters will be of little use.

1 Response to Proposal for a safer Rio: technology — or flight from human contact?